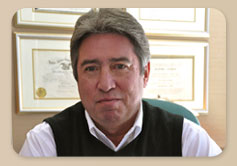 Maryland Super Lawyers Magazine seeks out and recognizes the top Maryland lawyers in their field, through nominations and input from peers.  The list showcases the top lawyers as selected through a very thorough nomination, research, and selection process.  The process includes:
1. Nominations
2. Evaluation of the Candidate Pool
3. Peer Evaluation by Practice Area
4. Final Selection

This selection is in addition to several other awards and recognition of John Singleton, including:

Read more about the professional recognition of John Singleton