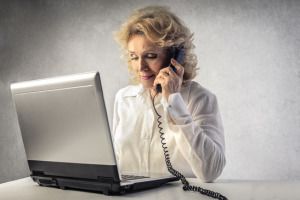 During a recession, older workers are taking far longer to find jobs than any other workers. If you had been in the same job for over 20 years, it is terrifying to try to find another job when one is over 50 years old. Part of the reason is that employers can find very talented and younger workers to take jobs that had previously been filled by a more expensive, older workers. Older workers cost more because of the level of experience as well as their increased cost for benefits such as health insurance. I have heard countless times the phrase, “I can hire three people to do your job for the same amount of money that I am paying you.” It almost sounds like a death sentence.

Discrimination has gotten far more subtle than it has been in the past and proving discrimination has become far more difficult. This is not an area of law where you can afford to have an inexperienced attorney. If you want to feel comfortable that the person sitting on the other side of the desk has a great deal of experience in this area of law, give us a call.

We represented a 69-year-old saleswoman who had been laid off from her position in regional sales. The large company for whom she worked contended that it had engaged in a reduction in the workforce. Mr. Singleton was able to show that the reduction in force was just an excuse and that the company retained many younger workers. Our client settled for several hundred thousand dollars. Unfortunately, her case is not an unusual one.

With colleges graduating countless young men and women with student loans to pay, I’ve seen numerous teachers, IT personnel and many other professional people finding themselves unemployed and replaced by younger, lesser paid employees. We cannot do something to help in every case, but we certainly will carefully review all the facts to determine whether or not there are any viable claims. Again, businesses must be very aware of the problems that arise when making decisions about which workers should be laid off in the event of a reduction in force. One small misstep can cost a bundle.

Contact us today or request a consultation to learn how we can make a difference in your case.