4 Things You Need to Know About Sexual Harassment at Work 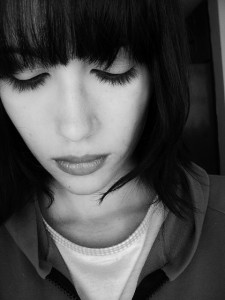 Sexual harassment can happen anywhere, but workplace sexual harassment is one of the most common scenarios. We’ve all heard about the Bill Clinton and Monica Lewinsky case, as well as the more recent sexual harassment scandal at the Department of Homeland Security. However, what you might not know is that harassment doesn’t have to be explicitly sexual to be considered sexual harassment. It comes in many other forms, some more subtle than others, that you should be able to recognize. Read on to better understand this offense and what to do if it ever happens to you, and consult with your local Maryland sexual harassment lawyer if you think you have a case.

What Does “Sexual” Mean?

When it comes to harassment, the adjective “sexual” may refer to both “sex” as gender and “sex” as act. Therefore, sexual harassment can have two main forms:

What is Considered Harassment

Even if the behavior fits in either of the above categories, it has to meet certain criteria to count as harassment. A single sexual joke or an employee asking another employee out is typically not harassment (unless there are other circumstances). Generally, for a behavior to be considered harassing, there has to be an established pattern of acts, indicated by the victim as unwanted, that lead to either one or both of these outcomes:

In simple words, if the behavior pattern of a coworker toward you affects your job satisfaction, opportunities or security, it might be a harassment case. Things like seductive behavior, sexual bribery, blackmail or coercion are considered harassment. While a single severe incident might be enough to build a quid pro quo case, to prove a hostile environment there needs to be a pattern. Additionally, consensual acts and relationships are typically not considered harassment.

Who is the Harasser?

While the stereotypical sexual harassment scenario we imagine is between a male boss and a female employee, there are many other situations when harassment may occur in a workplace. The harasser and the victim don’t have to have different seniority, work in the same department or even belong to a different gender. Male to male, female to female, gender to transgender, and all combinations in between are possible.

In fact, the harasser doesn’t even have to be an employee of the same company. It could be a customer, contractor or vendor performing work on the premises. According to the recent report by the Restaurant Opportunities Center United, 78 percent of women in tipped positions in restaurant jobs have experienced some form of sexual harassment by customers. With only seven percent of women working in the restaurant industry, this sector accounts for 37 percent of all sexual harassment claims submitted to the Equal Employment Opportunity Commission (EEOC).

If You are Being Harassed at Work

If you think you might be a victim of sexual harassment, here is what you can do to build a successful case and stop your harasser from affecting your job and wellbeing:

The road from identifying sexual harassment to stopping it and receiving appropriate compensation can be long and stressful. Moreover, employers usually have more financial and legal resources than employees, which gives them more options in escaping potential liability in a sexual harassment case. However, when you are working with a workplace harassment lawyer who has your best interest in mind, you have a good chance at settling the case in your favor.

Contact Singleton Law Group if you need advice or legal representation in a sexual harassment case.